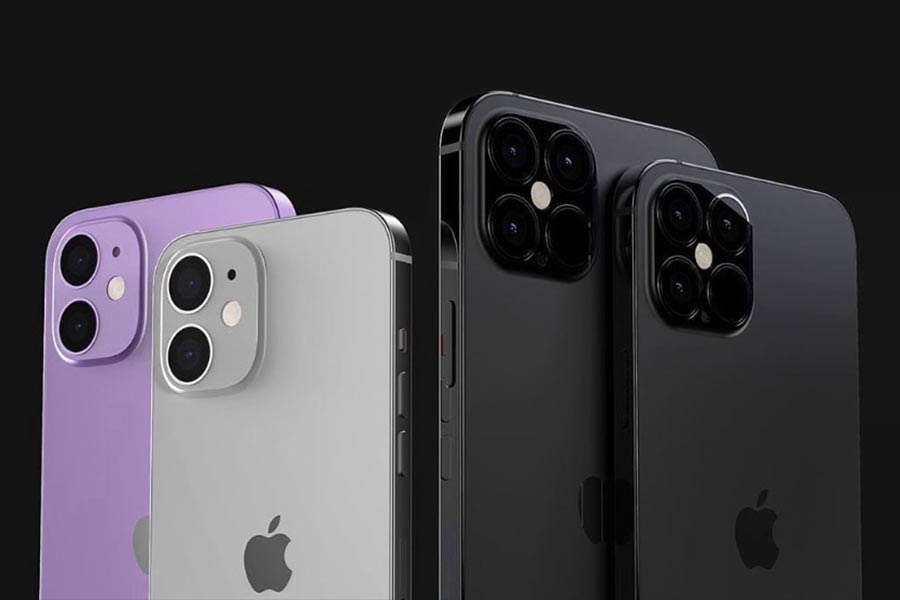 The iPhone 12 is just around the corner, and the anticipation for it is only growing as the launch of Apple’s latest phone draws closer. For many, this is a fairly exciting event, as Apple is making some many major changes iPhone in terms of both functionality and design. But why exactly are people so hyped up for its release? What sets the iPhone 12 apart from its predecessors, and what can we expect to see from it when it releases next month?

In this article, we will be going over a few of the biggest changes coming with the iPhone 12. Keep in mind that a lot of this is based on rumors, and much of it is subject to change. With that said, however, the majority of the information provided here comes from refutable sources with good track records.

The first model is likely to be the standard iPhone 12 (there are rumors of it being called the iPhone 12 Mini, however this has yet to be confirmed by Apple). It will have a width of 5.4", making it the smallest phone that Apple has released since the 2016 iPhone SE. It will most likely cost $649.

Finally, there’s the iPhone 12 Pro and Pro Max (unlike the previous two models, these names are likely to be the final ones). They will be the largest of the bunch, with a width of around 6.7". The Pro will cost $999, while the Pro Max will cost $1,099. 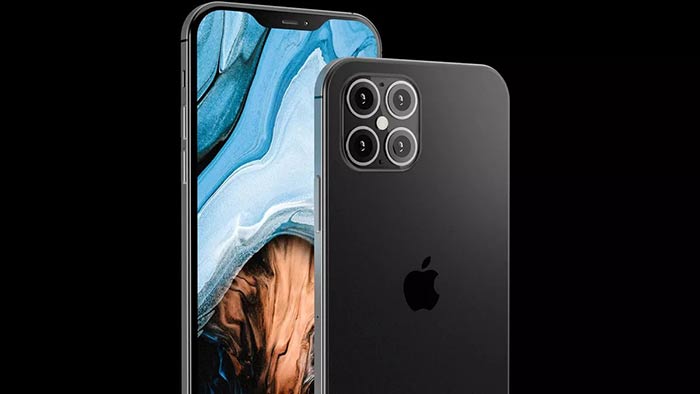 One of the more immediately noticeable differences with the iPhone 12 is the lineup of new designs. All models will have more squared-off edges, and smaller notches at the tops of their screens. The lower-end models will come in an aluminum chassis; while the Pro and the Pro Max will feature higher quality (and more durable) stainless steel ones. The power button is said to be a bit lower than on the iPhone 11, and the camera lenses are also a bit thicker as well. The Pro models are also rumored to sport a navy blue color, as opposed to the dark forest green seen in the iPhone 11 Pro and Pro Max.

Another notable feature is the thicker antenna lines, likely to account for the new 5G technology that will be included. Speaking of which… 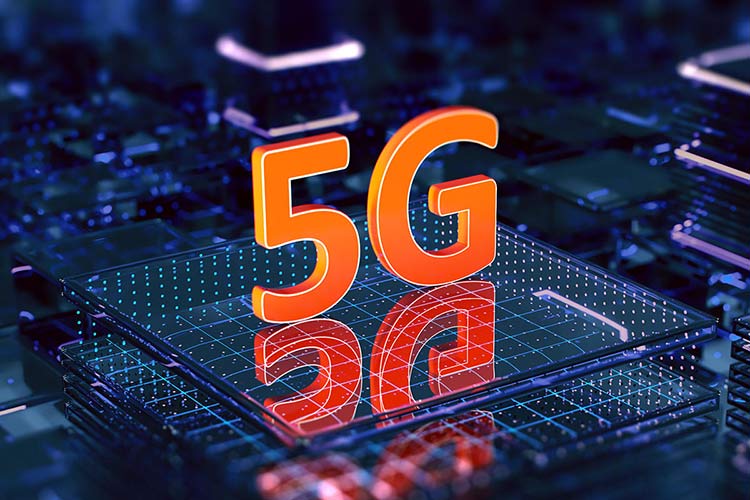 Perhaps its single most anticipated feature, the iPhone 12 will be Apple’s first phone to feature support for 5G. You may have heard a lot of talk about 5G over the past couple of years, and that is certainly not without good reason. To put it simply, 5G is much, much faster than its predecessor (4G) meaning that the simple things that we take for granted (like streaming high-quality movies and TV shows, or even just chatting with a friend or associate over FaceTime) will be a far smoother experience than before. In short, the iPhone 12 will have connection speeds up to ten times faster than any prior offerings from Apple, and to many, that alone is reason enough to justify the upgrade. 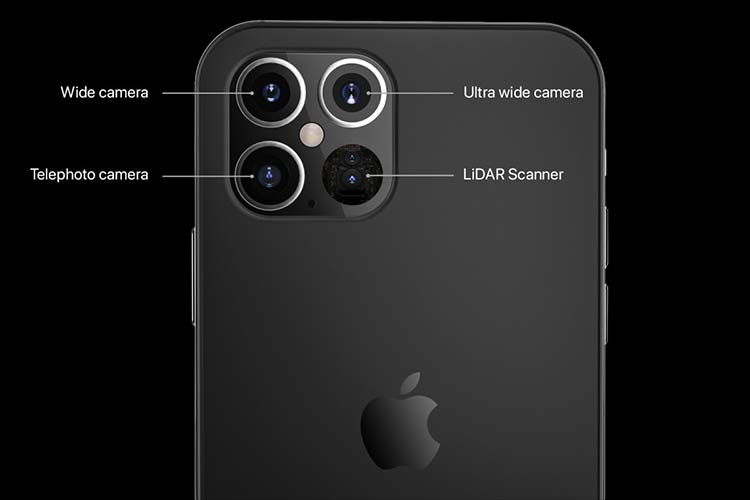 Another notable upgrade with the iPhone 12 is its new cameras, and the fancy new capabilities that they feature. The lower end iPhone 12 and the iPhone 12 Max will feature at least two ultra wide rear cameras, while the iPhone 12 Pro and Pro Max will have three telephoto cameras (x3 optical zoom). These cameras in the higher-end models will include slow motion 4k video recording (at both 120 and 240 frames per second) and improved HDR capabilities.

One somewhat niche, yet still very interesting feature that the Pro and Pro Max models are said to include is a new LiDAR Scanner. This will allow users to precisely map their environment in real-time, opening up new possibilities for improved augmented reality experiences, as well as other new experimental technologies that we have yet to see.

Lastly, the Pro Max will exclusively feature never before seen optical image stabilization techniques for its ultra-wide camera lenses. This was accomplished with new camera sensor technologies, which stabilize the image of the entire camera system, and not just of the individual lenses. 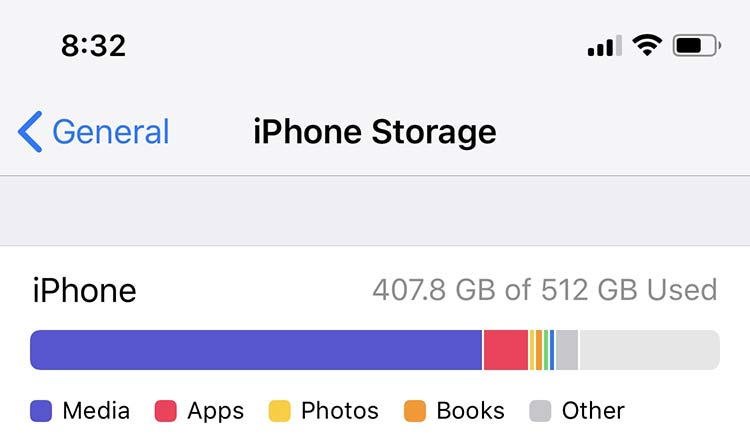 One change that many users are likely to really appreciate is the higher storage capacity offered with the iPhone 12. Of course, this all depends on the model you pick. However, even the lowest storage options are a considerable upgrade from the iPhone 11. At worst, the iPhone 12 will have a minimum for 128GB, which is twice as much as the minimum storage of its iPhone 11 counterparts. All iPhone 12 models will be upgradable to 256GB, and the Pro and Pro Max will also feature options for up to 512GB of internal storage. 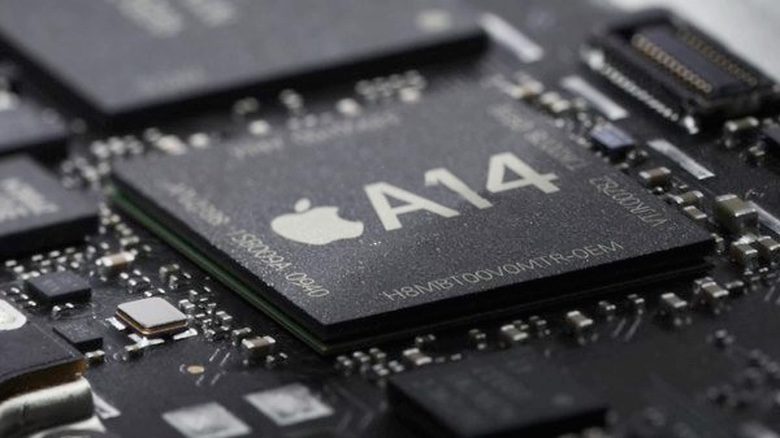 We're expecting the iPhone 12 range to use a 5nm A14 Bionic chipset, which is almost certain to be included in the new iPhones thanks to it being debuted with the new iPad Air 2020.

The new processor inside will be capable of greater power efficiency, with six cores inside and a 16-core Neural Engine that's twice as fast as before. How that power efficiency will be deployed is still to be seen - whether the iPhone will allow smoother 4K video editing or extend battery life (or both) are the things we're waiting to see outlined on stage.

The iPhone 12 and the iPhone 12 Max (or iPhone Mini and iPhone 12, depending on who you ask) will feature 4GB of system RAM, while the Pro and Pro Max will have up to 6GB RAM. As one would expect, all models have super retina displays, with XDR ones featured in the Pro models (as opposed to standard OLED displays). Speaking of displays, there are rumors of the Pro models including refresh rates of 120 hertz, which would certainly be respectable if it is indeed true. 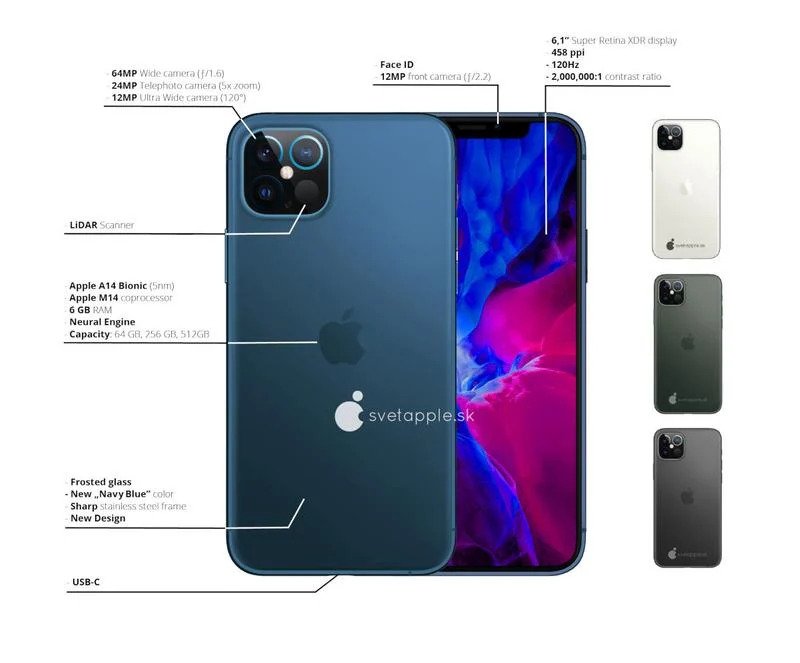 So is the iPhone 12 worth it? Well, all that depends on who you ask. However, many people will probably agree that the 5G capabilities alone make it a worthwhile upgrade, and that’s not even touching on its other features. If you are in the market for a new iPhone, it might be worth it to wait for the release of the iPhone 12. Sure, it may still be a few weeks away. However, it does have some very promising features that could easily make the wait worth it.
Share
2