Why AMD’s New Zen 3 Processors Are Such a Big Deal: A Brief History of the Recent Competitive CPU Market

What Should I Do When My Computer Won’t Start Up? 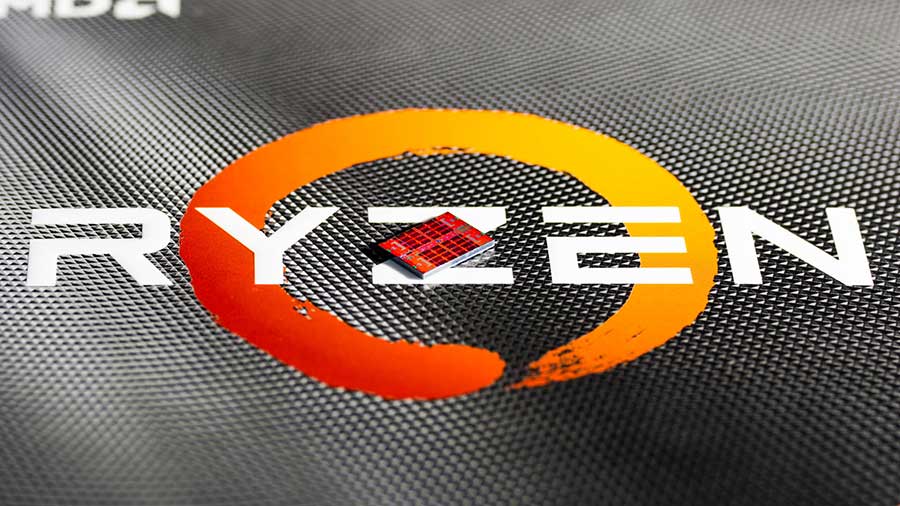 AMD has just recently announced their much anticipated line of Zen 3 CPUs, which are slated to launch on November 5, 2020. These new CPUs boast some impressive specs, and are shaping up to be yet another solid release from AMD. But what exactly does all of this mean, and why is this series of CPUs such a big deal? To answer that, let’s look back a few years and see how we got here. 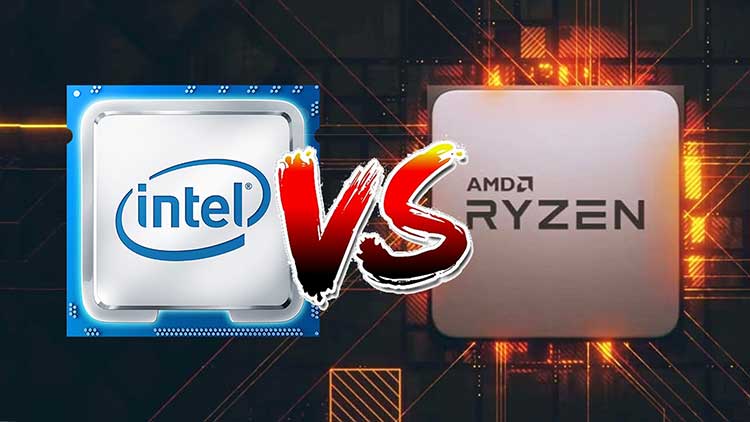 The year is 2011, and Intel is king of the CPU market. With the recent release of their extremely solid (and now beloved) line of Sandy Bridge line of processors, they appeared to be on top of the world, and it was going to take a lot to take them down. However, AMD appeared to be in a prime position to do just that. With their much anticipated (and incredibly hyped-up) Bulldozer line of CPUs just around the corner, Intel’s position as king was starting to come into question. Many were expecting the race between the two companies to be neck and neck, with some even expecting AMD to surpass Sandy Bridge as the best CPU one could buy. In fact, AMD was so confident with the Bulldozer chips, that they even gave them their famous “FX” branding, which had not been used since their series of revolutionary x64 line of processors from the early to mid 2000s.

When Bulldozer did finally release, however, many found them to be very disappointing, and extremely underwhelming. Simply put, Bulldozer was just not powerful enough to compete with even a mid-range Sandy Bridge Core i5 of the time, and was miles behind in terms of both architecture and performance. This only solidified Intel’s position on top, with AMD being relegated as the “cheap alternative” to Intel’s premium products.

Now with Intel in the lead, one might think that they would only continue to innovate, and keep pushing out hit after hit. But instead, their offerings began to look less and less inciting to people, to the point where the difference in performance from one generation of their CPUs to the next was almost negligible. In fact, some of the changes brought with their line of Ivy Bridge CPUs made things like overclocking much more difficult, which left many enthusiasts opting to simply stick with their previous generation of powerful Sandy Bridge chips. Many began to perceive Intel as lazy, but even many of Intel’s harshest critics continued to support them in the following years. With AMD so far behind, Intel just did not see much of a reason to innovate. They were on top, and they knew it. From their perspective, major innovations would simply be nothing more than a waste of time. 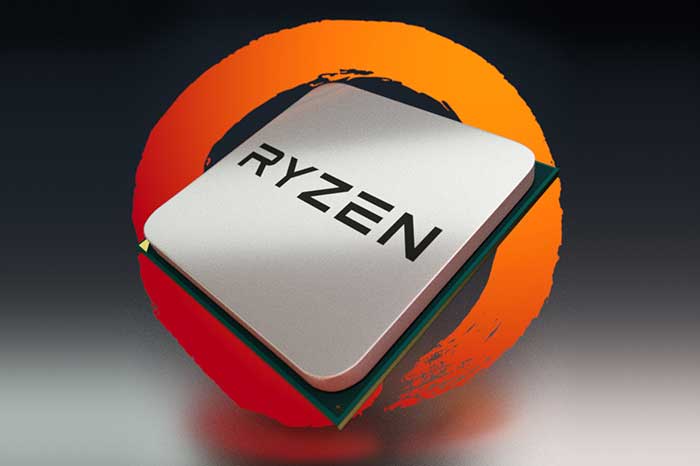 This all changed in 2017, when AMD unveiled their new Ryzen processors. Compared to Bulldozer, the reveal of Ryzen was somewhat more modest, and not nearly as hyped up by AMD. But this was not necessarily a bad thing, as it helped keep expectations for the new CPU a bit more reasonable. In addition, Ryzen was looking like it was shaping up to be a pretty decent product, and consumers were beginning to take notice.

When Ryzen did finally launch, it did not disappoint. For the first time in years, AMD was actually offering a competitive product at a much lower price. And while it still wasn’t as good as Intel’s current top-of-the-line offerings, the overall architecture looked much more promising, and the gap in performance was quickly beginning to close. To many, Ryzen was simply seen as a better value.

Intel was clearly not prepared for this. Their most recent line of CPUs (Kaby Lake) was viewed as little more than a minor improvement over its predecessor, much like all of their other processors prior to Sandy Bridge. Things were starting to heat up between Intel and AMD, and if Intel wanted to stay on top, they had to keep up with AMD’s pace. And they struck back with their Coffee Lake series of CPUs. These chips were considered by many to be a much more worthwhile upgrade than its predecessor. But unlike Intel, AMD was prepared for this, and they responded with the release of the second generation of Ryzen processors in 2018. While again, they fell a bit behind in power compared to Intel’s chips, it was obvious that they were catching up.

Since the release of Ryzen, competition has kept up at a very steady pace, with both companies continuously providing better products. This milestone forced Intel to wake up and put some real effort into designing their new chips. As previously stated, AMD has been gaining ground on Intel at an incredible rate, which brings us to today, with the upcoming Zen 3 CPUs. 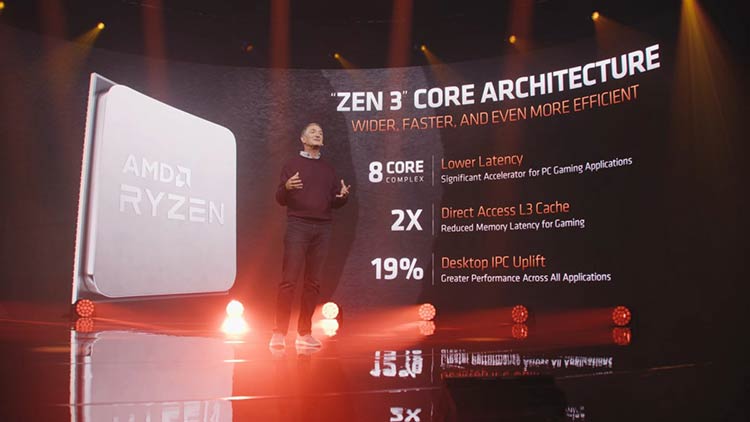 To put it bluntly: Zen 3 looks extremely promising, and may even mark the point where AMD has finally catches up to Intel. Even though Zen 3’s clock rate is still lower than Intel (even sitting just below the 5GHz mark that Intel hit years ago), they have made up for this by increasing the number of instructions per clock. What is even more impressive about this is the fact that it is not only said to draw the same amount of socket power as the Zen 2, but it is also able to do so at the same TDP as well. In addition, the Zen 3’s CCX has been greatly improved over its predecessor, allowing all of the CPU’s cores to directly communicate with each other, and even share the same cache. As such, each individual core will be able to access data much more quickly than the Zen 2, and possibly even the latest Intel chips. Indeed, the potential for significantly improved performance here is great. 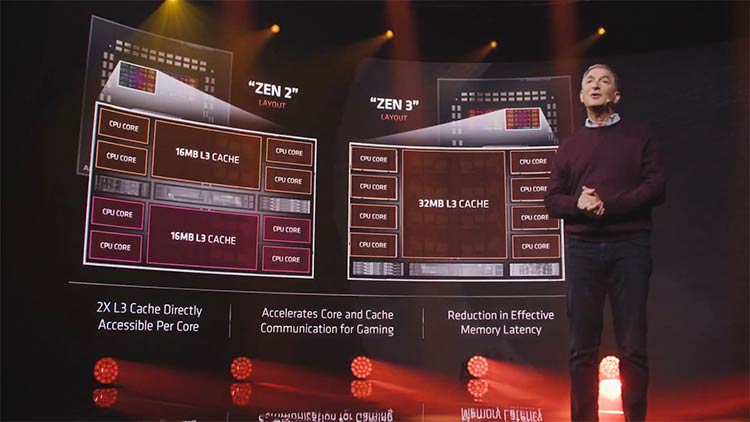 While Intel is slated to release their new Rocket Lake CPUs in early 2021, some are skeptical that it will be as revolutionary as the Zen 3. The biggest concern is that it is heavily rumored that Rocket Lake will continue to use 14nm chips, which could severely limit performance, and greatly increase power consumption. AMD has been using chips that are as low as 7nm, which has allowed them to achieve a larger amount of raw horsepower than they would at 14nm, and all while drawing far less power. However, despite the fact that Intel has struggled to go bellow 14nm with their current architecture, they have still managed to keep up with AMD, and make the most out of 14nm with some clever engineering tricks, and some creative designs. But there is only so much they can do here, and they are quickly running out of options. Perhaps they still do have a few tricks up their sleeves to compete with AMD at 14nm, but we’ll just have to wait and see.

In the past three years, we have seen a major increase in competition in the CPU market, and that is due largely in part to groundbreaking innovations by AMD. While Intel has picked up their pace in this time, it is doubtful that they would have done so if their hand was not forced by their competitors. And even if they did decide to innovate on their own, it probably would not have been at the rapid rate that we’ve seen. It just goes to show that healthy competition does help to create a better product. So regardless if you are team red or team blue, the success of both Intel and AMD’s is ultimately good for consumers in the end, as it forces both companies to stay on their feet, and provide better products to the masses.